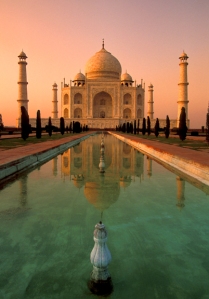 India is a huge and vast country, its geography providing it with many different types of regions. The country has the great and mystical Himalaya’s protecting it up north, the west is dry providing us with beautiful sandy deserts, the east has its rain forests which are filled with dense canopies of tree’s, and thesouth provides us with breathtaking coastal scenery. The country has many rivers, from the broad Brahmaputra to the holy Ganges, and they will never let this country dry out of water. The wildlife is plenty and diverse in nature, and so is the flora and fauna of the country. And the holy arrival of monsoons bless
the country with godsend food.

But it is the people of the country that make it so great. The country is a truly democratic one, for it is home to people from many different religions and beleifs. India is a spiritual country, giving its viewers a glimpse of history, for everything the country connects to dates way back to thousands of years ago. It is a living testimony of the past, where the beliefs of its people are still more important than any other compared thing. India is a experience, something to be lived and cherished. 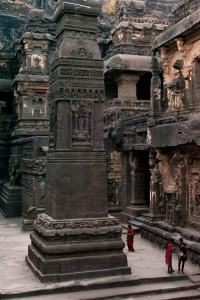 In this material driven modern age world, India still offers its people the methods and manners of ancient worlds, the culture is alive, and it is not science, rather religion that gives the people of this country a reason to live.

I really don’t remember when my love for India reached outstanding heights, but the fact is that i was born here and this is my motherland. Growing up as a kid, i was never really overwhelmed by the fact that i was an Indian, in fact the country to me back in the days was no more than a place i was living in, wishing many a times that i be born in some other country. The irony is that I was young and stupid, really not knowing what life was, or probably it was the western ruled T.V world along with its many temptations that made me want to leave my country in search of the material dream.

But growing up into adulthood changed my views. To understand the Indian phenomenon is a little hard, for the country is far from perfect. To be in love with India, you have to forget that there exists a world outside, which is very much materialistic and fake. India is a country of love, and it is the home of a billion people, each individual being

different from each other, be it the religion they follow, or by their caste, or the thoughts that arise within them, and yet they live in harmony. Some people call it adjustment for survival, but for me it is the unknown relationship between each person that makes them unite and live in coexistence.

The majority of the population are Hindu’s, but that doesn’t mean that they rule the country. Hinduism is a very fundamental religion, and its followers very humble and kind, greeting any passerby with a smile, and
probably this acceptability of all things is the key to the question of India. Their is a very old and wise proverb in Hindi that says “mehmaan bhagwan hain” meaning every guest is a God,

a basic that every Hindu learns from his parents. And maybe it is this teaching that has made India a host to so many people, all hailing from different cultures. To treat a guest well is to treat God well ! No wonder that every guest that has arrived in this country has found love and acceptance in it, and has been treated well.

I think this is the reason that has made me love my country so much and be proud of it, for freedom doesn’t only exists in the minds of the people but also in the air that roams so freely in this country.

For a traveler on the road in India, he or she will surely be amazed, or maybe even fall in love with the amazing diversity of things that encompasses incredible India.