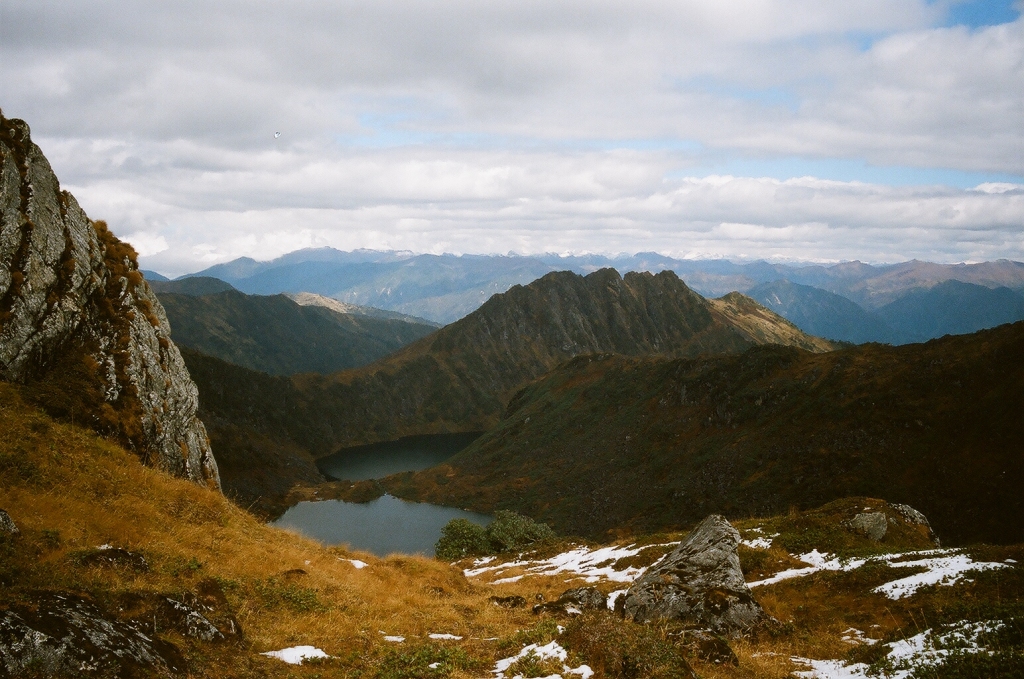 Ever since I read about the beyul of Pemako, I’ve had a fascinated heart and mind, a yearning from deep within to escape – bonds that tangle me and tie me to the perception of a three dimensional reality.

Long ago in Tibet, ancient scrolls and texts were found describing beyul – earthly paradises hidden in the Himalayas where the essence of Buddhist tantra is preserved for future generations, where a person can gain access to unobstructed knowledge and complete the Buddhist path to liberation which eventually leads to enlightenment and opens one’s consciousness to the ‘multiple and single’ perception that commands all existence. Buddhism‘s revered 8th century Guru Rinpoche, also known as Padmasambhava, hid these scrolls in places which could only be found by a visioned and privileged guru, who will have to undergo extreme conditions and difficulties.

The most sought-after, revered and mysterious of all the hidden lands is the beyul of Pemako, the “hidden land shaped in the form of a lotus”, which is the physical form of Goddess Vajravarahi, known in Tibetan as Dorje Pagmo.  Unearthed scrolls describe it’s location as the region that covers South Tibet and Arunachal Pradesh in India. Here, formidable misty valleys exist filled with dense rain-forest vegetation, along-with the highest gorge of the world which is three times higher than the USA’s Grand Canyon. The Tsangpo River (Brahmaputra in India) is said to be the spine of Dorje Pagmo and the surrounding remote mountains form other parts of her body, the most beautiful of which are the peaks of Namcha Barwa and Gyala Pelri which are her breasts.

In the medieval text The Delightful True Stories of the Supreme Land of Pemako written in 1729, monk Lelung Shepe Dorje describes –

“In the borderlands between Tibet and India, in the land of savages, lies Pemako, the supreme of all hidden lands. This lotus like realm is the body of Dorje Pagmo with five chakras; the cloud and ocean like gathering places of dakinis and dakas (spirits)… The land is full of mischievous spirits that constantly display magic and miracles. Those without courage, or those with lingering doubts,  too many mental conceptions… those who fall into accepting and rejecting… such people will have difficulty reaching this land… When obstructed in their essential nature, all the mountains, rocks, trees and rivers [here] appear as magical realms or deities…”

In Wishfulfilling Light Rays, one of Padmasambhava’s scrolls, he writes about the flora of Pemako –

“This supreme plant… allows humans, wild animals, and even insects to attain Buddhahood. It increases one’s wisdom and leads to miracles such as leaving imprints of one’s feet and hands on solid rock.

In Pemako’s secret chakra, a place blessed by… bloom pink colored flowers. The sweet scent of these flowers can induce bliss… Eating them one can survive of years.”

Ultimately, in the book The Heart of the World, Ian Baker, a world famous modern day explorer who’s devoted much of his life to Buddhism and exploring Pemoko, writes –

A lot of the ancient scrolls were destroyed during China’s invasion of Tibet. And many practitioners and pilgrims were forced to flee their paradise. Many migrated to sacred sites of southern Pemako, which lie in the region of Arunachal Pradesh in North-East India. Here, a blossoming sanctuary exists for Pemako pilgrims and refuges, such as the Pemako Retreat Land Project located in the holy mountain of Dewakota where it is believed Padmasambhava spent time practicing and hid secret scrolls. Knowledge about these inaccessible and remote mountains and sacred sites is generally conferred to the indigenous tribes and the pilgrims, and seldom do outsiders come to these areas.

In the quest to explore and preserve Northeast India’s secrets, and due to my personal devotion to the hidden realm of Pemako, Greener Pastures has launched a strenuous twenty four days trek to Upper Siang District in Arunachal Pradesh. In this region which is still very much hidden from the world, lies four of Pemako’s very sacred sites which are believed to confer liberation to those who seek and reach them. The trek starts at the Himalayan town of Tuting which is the last Indian town before the border with China. From here, the trek will initially be through tribal villages of the Khampa Tribe and Adi Tribe where participants can observe the simple and sustainable lifestyles of the tribes. The hike will then go uphill, climbing through magnificent forests filled with rhododendrons, oak, wildflowers and bamboo, until eventually leading to the high altitude barren lands of Danokasha. Here, it is believed hundred and eighteen lakes exist, and satellite images justify this claim. In Danakosha, trekkers will indulge in kora ( circumambulation) of five important lakes which provide magical powers to pilgrims such as attainment of wisdom and longevity.  Crossing the holy mountain of Titapuri, the trek will follow downhill through beautiful forests and bamboo expanses till the sacred site of Dewakota where a paradisaical retreat for Pemako pilgrims has been established. The community of Dewakota consist of few pure practitioners who adhere to and preach the true essence of Buddhism. After interacting with the monks and undergoing spiritual rejuvenation, the trek will bring back participants to the original route and continue onward to Tuting, thus completing an entire circle covering the entire mandala.

It is a journey though one of the peaceful refuges of the world, where rainbows form out of nowhere celebrating existence, or clouds gather darkly in a game of dakinis (spirits). More details here.

Do visit the website of Pemako Retreat Land Project. A little donation to them would certainly help preserve the essence of Buddhist practice.

If Pemako intrigues you, reading Ian Baker’s account in his non-fiction piece The Heart Of The World is highly recommended.